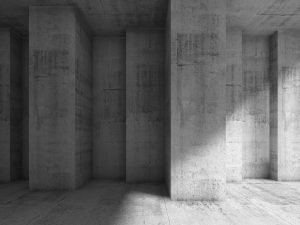 Frederick Frahm writes:  “About seven years ago, I finished my first organ concerto. This 15 minute piece for organ and string orchestra is in three movements and was constructed with material from earlier works.

The concerto was inspired by the following passage which is found in a poem by St. John Perse:

The other night it thundered, and over the tombal
earth I heard echoing
that answer to man, which was brief, and was no more
than noise.

My love, the downpour from that sky was with us,
God’s night was our foul weather,
and love, in all places, rose again toward its sources…

O Earth, our Mother, heed not this brood:  the age is
swift, the age is legion, and life goes its way.
A singing rises within us which has not known its
source and will have no estuary in death:

equinox of an hour between Earth and man.

I consider the concerto an important work in my catalog. It is dedicated to a mentor, Kay Gronen, who was very present in my life through my early college years when I was starting out in a career as a parish musician and a composer. She was a gifted teacher who carefully instructed me in liturgy and plainchant and parish work, and I, to this day, continue to deeply appreciate her support and encouragement. She died on April 23, 2011 (as it turns out, the Great Vigil of Easter…) and the dedication on the score reads “For Kay, who taught me to sing…”.

The music is dramatic and austere, and at times can be poignant or fiery. Much is made of dialog between the soloist and the ensemble. The organ part demonstrates my skill set as a keyboardist, “it’s about as much as I can do well” as I’ve said on many occasions. I wrote this piece so that I could play it for church when I had my brilliant string players in the house. There is a solo keyboard reduction of the work for times when there are no string players on hand.

The organ part for this work reflects the instrument at my disposal at the time. The Casavant organ at St. Luke Albuquerque: a rather fine little two manual 24 rank organ with a very small pedal division. There are only only two 16′ stops, one of which is an extension from the Swell. The concerto is largely manuals only, and, as an additional composing ‘element’, the music takes to heart the Kellner temperament in which the organ currently stands.

David Felberg conducted the piece in Albuquerque a couple times in the last few years, once with the Albuquerque Philharmonic Orchestra at Keller Hall on the UNM campus and a second time with the New Mexico Philharmonic when they were presenting a community concert at St. Luke. The piece was performed for liturgy at that church a couple more times beyond that either complete or in part. Carson Cooman published the work through Zimbel Press in 2015.

This recording reflects my evolved thinking about this piece, especially with regards to tempi and phrasing as noted in the published edition. Score and parts (on rental) are available from Subito Music.