Frederick Frahm’s composition catalog features substantial music for organ including concert works, chorale preludes, and programmatic pieces. The Concerto for Organ (organ and strings), Septem Verba (organ and violin), and Spaces of Night (song cycle for voice, organ, and string orchestra) are among the composer’s major works for the instrument. The composer’s essential style can be observed in recent organ works: Chaplinesque, Old Stone Church, and The Kingdom of Anxiety where ‘geometrical’ musical shapes are juxtaposed to effect a shifting perspective on repeating subject matter. More information about Frahm’s organ music for liturgy may be found on the Publications page where settings are listed by tune name.

A variety of publishers distribute many of these pieces including Firehead Editions (London), Musik Fabrik (Paris) and Zimbel Press (NY).

For performers, we have posted several sample pages in a printable PDF. Click on the work title to download. We encourage you to take these extended previews to the console and spend a little time with the music.

The following works are offered as primary examples of the composer’s concert music for organ. For a selection of chorale preludes, click here.

For a list of additional pieces, please contact the composer. For solo piano works, see Frescoes on a Clay Wall. Publisher links are provided where appropriate. For recordings, visit the composer’s Youtube channel, Soundcloud page, or check out the videos posted on this website!

Inspired by a poem of Catherine Walsh, who commissioned the work in 2008.  The music is intended for a symphonic instrument in a large space.  An additional performance option allows for a narration of the Walsh poem at indicated sections within the performance.  As of Fire was premiered at Blackburn Cathedral (UK) by Robin Walker in 2009. The US premiere was played by Douglas Cleveland at the Cathedral of St. John in Albuquerque, NM in 2010.

Order a copy from Subito Music

Before the End of Light

Dedicated to the Scottish virtuoso and composer Michael Bonaventure, “Before the End of Light” considers a 7th century text by St. Ambrose often associated with the Advent Season.

From all ill dreams defend our eyes,
from nightly fears and fantasies:
tread under foot our ghostly foe,
that no corruption we may know.

A profound sense of mystery pervades this work. There is contemplation about what the world might be like without Light, without a Redeemer. Midway through the work, at a place of some repose, a quote of the Advent plainchant “Te Ante Lucis Terminum” appears in the pedal. A passage at the end of the piece, a coda of sorts, suggests the tolling of bells for the night has ended and the sun has returned with the morning.

Order a copy directly from the composer

This set of three piece considers the life and experiences of 16th century conquistador Cabeza de Vaca. He came to America (after Cortes) and his journey was one of great discovery, but the voyage turned out quite differently than he had expected. The movements are titled: Cabeza de Vaca at the shore, Cabeza de Vaca hears a distant music, Cabeza de Vaca ponders his life as a soldier. The music is dramatic, pensive, ethereal, and austere.

Apaláchee was no Tenochtitlan…
We found it. It was an immense swamp…

What follows is a tale of what men can
and cannot do when they must do something
or die. 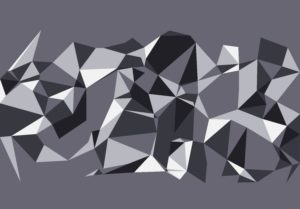 Inspired by a poem of Hart Crane which describes the artist’s life. In many ways, this is an essential piece of the composer’s ‘cubist’ works for organ. A ‘painting’ in musical sound, with colors and textures and masses juxtaposed in a way that urges them to continuously renegotiate their relationship with each other. Circa 5″ in duration. The world premiere was played by Robin Walker on 20 March 2016 at Methodist Central Hall in London.

We make our meek adjustments,
Contented with such random consolations
As the wind deposits
In slithered and too ample pockets…

A line quoted at the top of the score, appropinquante termino mundi (at the boundary of the universe) comes from the first canto of Iain Davie’s poem ‘The Apocalypse of Pope John’. This text served as a departure point for the First Fantasy for Organ. The music is characterized by bold, dissonant, jagged phrases offset by spare, unison or bicinium passages cast in chromatic harmony. The world premiere was in 2003 by David Hurd in NYC on the Van Den Heuvel organ at the Church of the Holy Apostles (Chelsea).

Order a copy from Sheet Music Plus

Commissioned by Robin Walker for performance at the London Festival of Contemporary Church Music. The premiere performance was given by Mr. Walker on May 18 at St. George Hanover Square (London) on the Richards, Fowkes & Co. organ. The title of the work is drawn from the narrative poem of the same title by American Poet Lola Ridge. This music is for a large instrument, and is an exuberant piece for festive occasions.

The Kingdom of Anxiety

A taut, expressive musical exploration of a particular emotional state. Inspired by the Munch painting and composed in a post-inaugural America (2017), this relatively quiet piece is nonetheless fraught with tension. Paul Graeme Thomas, who made the premiere recording, played an instrument well known to the composer: the Casavant Fréres organ (opus 3776) at St. Luke Lutheran Church in Albuquerque. This work is designed specifically for the tonal specification of the instrument as well as its Kellner/Bach tuning temperament.

He is the Truth.
Seek Him in the Kingdom of Anxiety;
You will come to a great city that has expected your return for years.

An expressive piece for manuals only (mostly, a couple of pedal pull downs are appropriate) composed in memory of Eric Nash Walters (1967-2016). The music is inspired by a poem from 1932 of Giuseppe Ungaretti which, in the course of several stanzas, beautifully considers the tender nature of death. This music slowly unfolds, mournfully at times–frenetically at others, and concludes gently and resolutely. In many ways this work also stands as a portrait of a gentle, but complex spirit, where struggle and love coexisted, each buoyed by art and passion and genuine empathy.

…once you have conquered me, tell me:
among the sadness of the living
how long will my shadow fly? 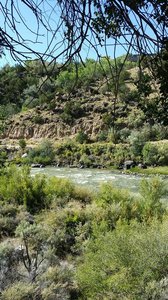 In August of 2010, in advance of a recital performance at First Presbyterian Church in Santa Fe on the Fisk Organ, the composer scored the Three New Mexico Sketches to be premiered on that recital program. The music is descriptive of the local surroundings in the Northern New Mexico desert landscape. The triptych forms a musical ‘day’ as suggested by the movement titles: By the Rio Grande at Dawn, In Chaco Canyon at Noon, At Dusk on the Plains of St. Agustin. The Rio Grande River, which flows from southern Colorado to the Gulf of Mexico, has been a consistent source of inspiration for artists for centuries. Chaco Canyon, a national historic site, is home to ruins of a great Anasazi culture which thrived in the area from 850 to 1250 AD. The Plains of San Agustin, near Socorro, New Mexico, are home to the Very Large Array (VLA) which is a significant radio astronomy observatory.

The Nooksack River Psalms are collected in a set of three pieces based on psalm verses that are used to personify the river, which at times can sleep in a dry bed or rage and roil over its banks to flood crops and homes.  The first piece, “All my fresh springs are in you…” is a dance like work with energy and bright harmony. The second, “Why are you so full of heaviness, O my soul?“, is a sustained work with an aria-like melody over a gathering cloud of intensity. The final piece, “I consider the works of your hands…“, is a elegant work in triple time with long arching melodies and rich harmonies. Entirely playable as a manualiter piece, performers may opt to make use of an occasional pedal pull-down.

Order a copy from Sheet Music Plus 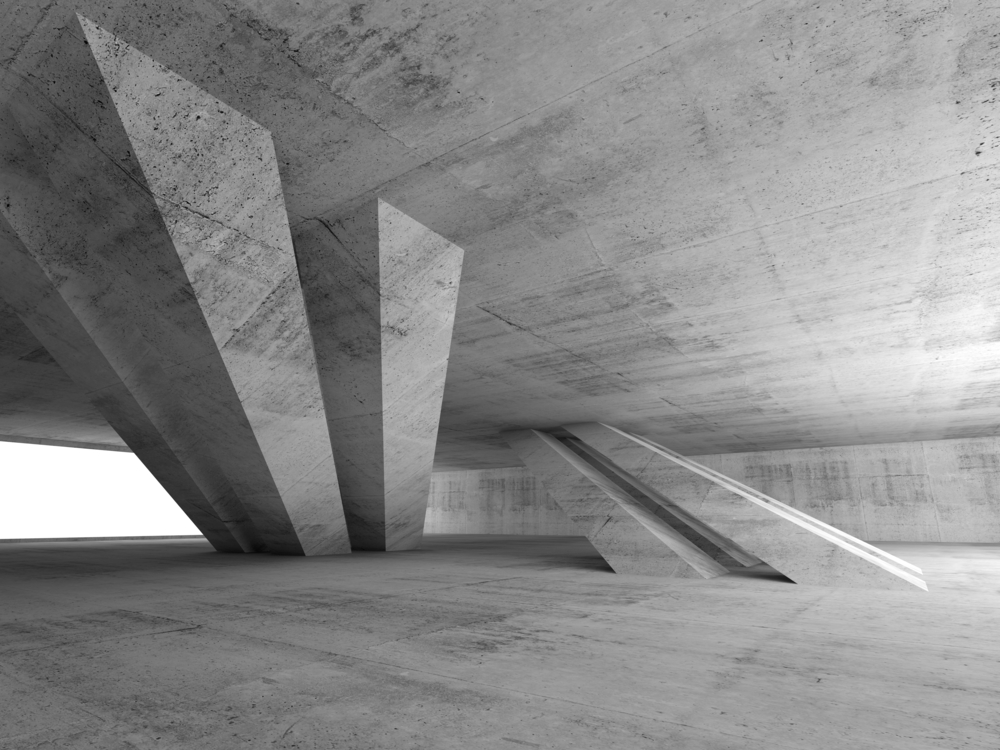 The Old Stone Church is not about any particular sacred space but rather an ecclesiastical architecture in the abstract. Constructed phrase by phrase (brick by brick) to form an austere and imposing structure, this work explores the concept of a massive space built by human hands to encompass a divine idea. Inspired by a quatrain from a longer poem by Geoffrey Hill (Pentecost Castle, 1978), the music finds expression in grandeur, fits of nervous energy, and a brief admission of melancholy.

After a set of woodcuts by William Blake which were done in 1821, these three pieces for organ (mostly manuals) offer a musical reflection on Blake’s introspective collection. The Pastorals, there were 17 originals, were commissioned to illustrate Robert Thornton’s Pastorals of Virgil. Blake discovered a certain melancholy in the poetry that he was to represent and created a set of works that can speak profoundly even out of their literary context.

A Rolling Stone is Ever Bare of Moss… contrast, nervous energy, and moodiness.

Sabrina’s Silvery Flood… awash with water motives, and for a moment lost in the woods.

Resting by the Stream at Night… austere and dark, music of the night.

Alcée Chriss III played the world premiere of the Three Pieces after Sketches by Odilon Redon in November of 2016 at the Temple of Christ on the 106 rank Casavant Fréres organ. Here are the composer’s program notes for the performance:

Sad Ascent is a ‘nocturne’ of sorts… a musical environment… as if one were to walk a lonely street after the shops have closed, head bowed down, lost in thought, and a little sad. The image of the head is of course in the air and rising, like a balloon, but the face suggests the journey is more adrift than plotted. There is melancholy here, and anxiety, and perhaps the separation from the city below creates even more isolation. The music has many subtle indications of ascent and there are ‘images’ of the distance between the grounded earth and the face aloft.

Mephisto is a musical portrait of Goethe’s character. He’s sophisticated, eloquent, perhaps a little impish. He’s capable of great rage and menace, but may occasionally break into dancing if he sees you’re not paying attention. He can be sympathetic (falsely so) and he can have the appearance of being truly friendly, but his essential demeanor is one of solitude and sadness. He is alone and singular in his station. His job is to sway and he may repeat or rephrase his arguments. But ultimately, as in Faust, we are unpersuaded, perhaps some come close.

Strange Flower interprets a very unusual image, one that made me catch my breath on first seeing it. Imagine discovering this entity in a marsh of sorts. Is that a flower? Or a face? It seems that it knows me, but how? Is it looking at me or through me? What does it know that I do not? This music begins with a harmony that expands like perfume, and then a sudden shudder of fear over the discovery of this flower. A rising worry begins to build, even to the point of a scream. At some points the serenity of the dimly lit scene, even if austere and eerie, can pervade the moment. A final passage remembers our uneasy introduction and a slow cadence, which concludes note by descending note to a shimmery close, allows us to let out our breath in a sigh of relief.